Death is not something we like to think about or discuss, but it is an inevitable occurrence that will come to us all at some point!  In reality therefore, once we have a bit of net worth, children or spouses, then we should be thinking about death and what we want to happen after our passing (by writing a Will).

I have struggled with this over the years!  I say to myself I don’t have much, and then say when I finish the purchase of this or that asset, but then never get round to making my will!  More recently, it’s been about how to structure my estate, that’s held me back!  So I recently spoke to a friend (shout out Friend, you know who you are) and in that discussion I realised I was over-complicating things!   First things first, put something in place and bearing in mind that as long as I am alive, I could change it.

The worst thing though, would be to die without a “valid” will i.e. die ‘Intestate’ as it is described.  The reason for this is that the decision of what happens with your belongings (your money, property, assets, etc. – known as your Estate) would then be dependent on the laws of intestacy!  Someone other than you, decides how your belongings should be distributed – the law!  What the law decides however may not necessarily be how you would have shared your belongings, if you had just taken the time to make a will while alive.

Below is the order in which your belongings will be distributed if you die intestate in U.K. and Wales:

More importantly though, beyond distribution of your belongings, can you imagine how much easier it would be for your survivors to get on with implementing whatever your wishes are with regards being buried, if you have it spelled out in your will!  They wouldn’t while grieving the loss also have to try and figure out whether what they are doing is what you would have wanted!

So over the last couple of weeks, I have been researching what I need to do to get my will written and found that;

The disadvantage of writing it oneself though, is that you could potentially write it in an unclear manner that leaves room for the will being disputed (or being deemed invalid – a will that isn’t valid means you die intestate!), which is unlikely to be the case if you paid a solicitor to write it for you.  On the other hand, a solicitor is able to advice on any Inheritance Tax implications.

I also found that Will writing is not a regulated market, so you need to be careful who you get to write your will.  As solicitors are however regulated by the Solicitors Regulation Authority (SRA) getting one’s will written by one will afford some confidence, especially as a will is a legal document and they are legally trained.

In my research, I also found that there’s a free will service during the month of March and October in U.K. where solicitors will write or review a ‘simple’ will for free, for those aged 55 or above, in return for making a bequest to a charity in your will.

Things to note: you don’t have to wait for specific events or activities to happen or be completed (like I’ve been doing) before preparing your will, rather if there a significant change, just have a new will that supersedes any previous ones.

I know that for Muslims, the Quran spells out how a person’s possession should be shared on their demise.  As a Muslim living in U.K., if you want your estate shared as indicated in the Quran, it is important to check with your Imam whether it is necessary that you also write a will that clearly spells your wish out (I believe that might be the case, otherwise you might be deemed to have died intestate).

If you are young, single and broke then you don’t need a will (yet), other than that you should make a will NOW.

No one is promised tomorrow and it is best to put one’s affairs in order, to ensure that your possessions are dispersed in the manner you want it and your beneficiaries have clarity over what you want done/they don’t end up squabbling and in court over what they think should be done (more so for us African’s where some uncle or aunty or other relative may decide that it is best to take the body to Africa to be buried – not at their cost though, but they’d try to make the decision)!

I am on the case with mine as I suddenly realise I have been lucky so far and need to get my house in order before my time comes! I suggest the same for all. 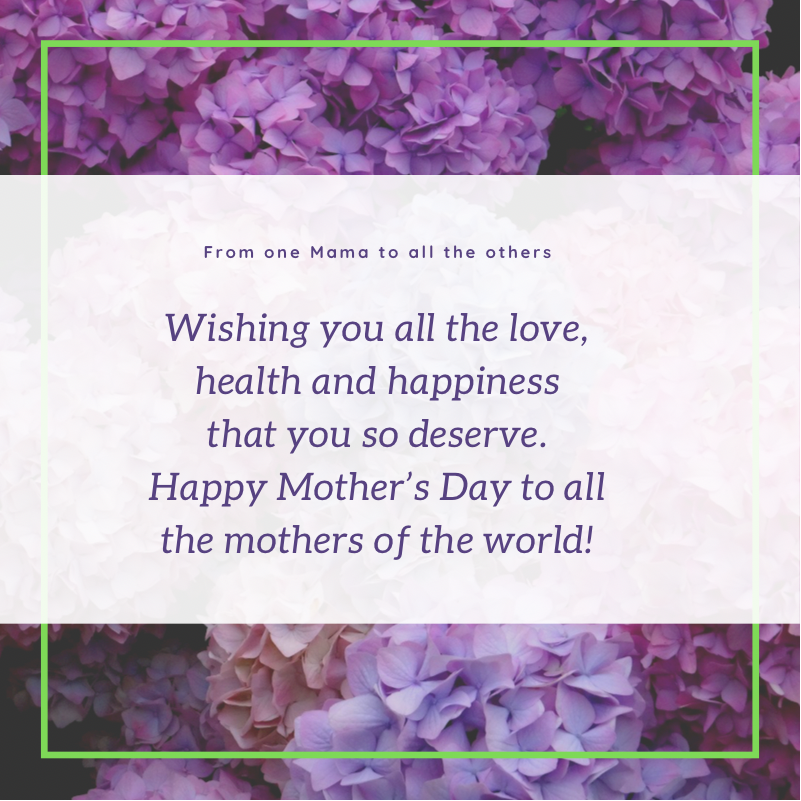 Three months on from me thanking you for 100 likes; you’ve gone and added on another 100… 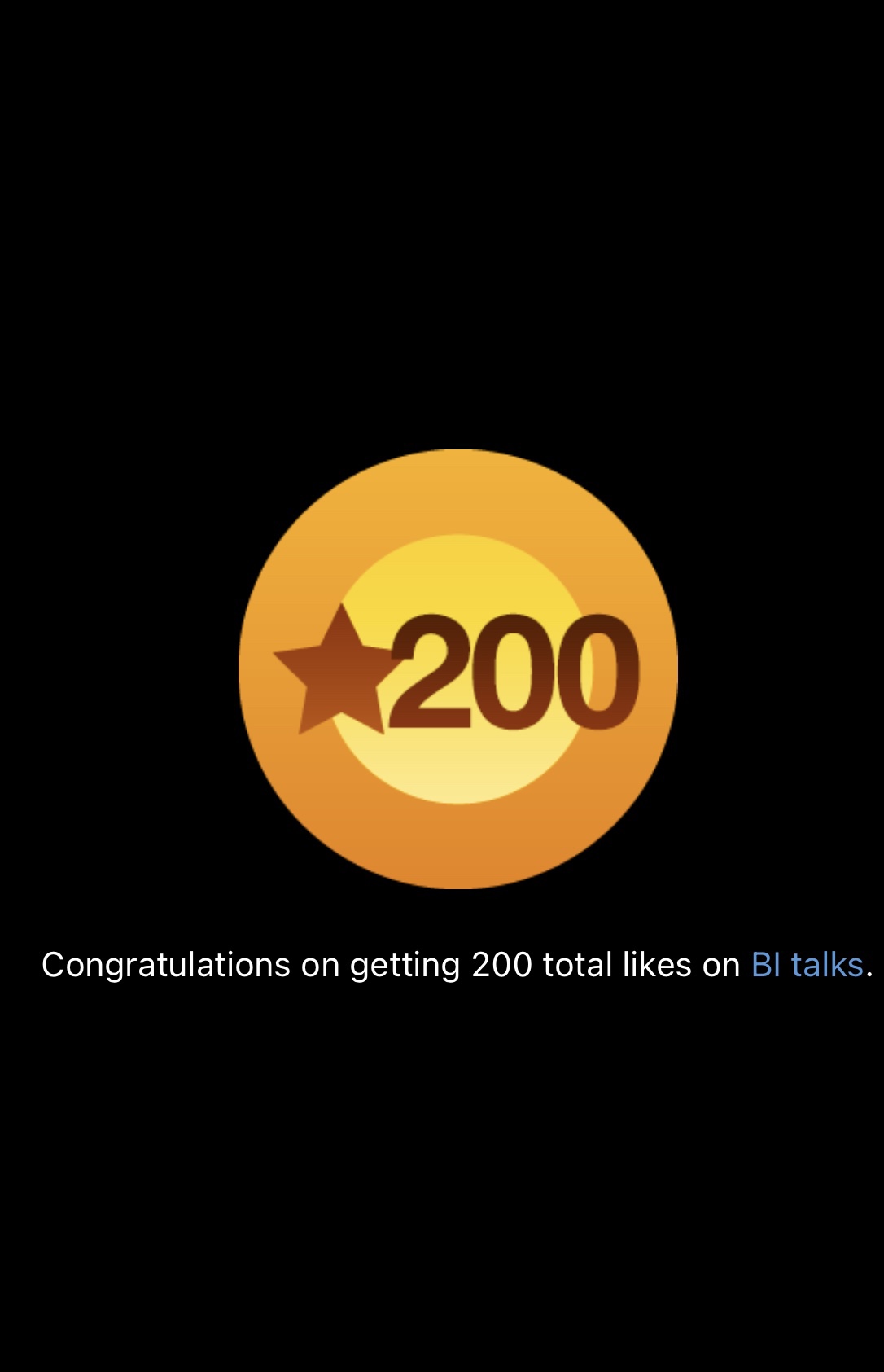 Just as I close out the year, I receive notification of 💯 likes. 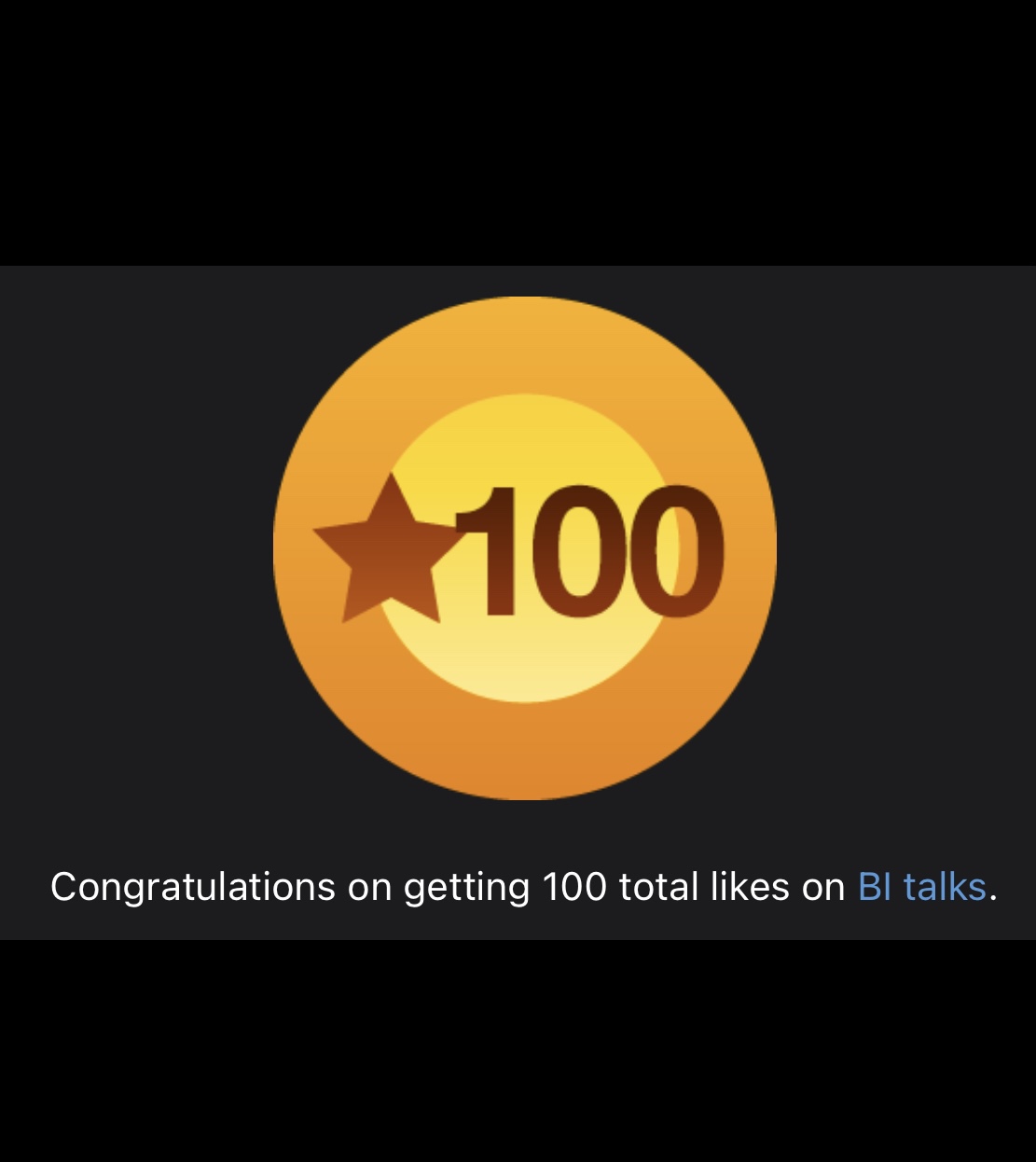 I came across this in a closed facebook group I am a part of, and it really touched my soul. It turns out it is a parable about faith that has been around for a while, so I thought I’d share.

In a mother’s womb were two babies. One asked the other: “Do you believe in life after delivery?” The other replied, “Why, of course. There has to be something after delivery. Maybe we are here to prepare ourselves for what we will be later.”
“Nonsense” said the first. “There is no life after delivery. What kind of life would that be?”

The first replied, “That is absurd. Walking is impossible. And eating with our mouths? Ridiculous! The umbilical cord supplies nutrition and everything we need. But the umbilical cord is so short. Life after delivery is to be logically excluded.”

The second said, “I don’t know, but there will be more light than here. Maybe we will walk with our legs and eat from our mouths. Maybe we will have other senses that we can’t understand now.”

The first replied, “Nonsense. And moreover if there is life, then why has no one ever come back from there? Delivery is the end of life, and in the after-delivery there is nothing but darkness and silence and oblivion. It takes us nowhere.”

The second insisted, “Well I think there is something and maybe it’s different than it is here. Maybe we won’t need this physical cord anymore.”

“Well, I don’t know,” said the second, “but certainly we will meet Mother and she will take care of us.”

The first replied “Mother? You actually believe in Mother? That’s laughable. If Mother exists then where is She now?”

The second said, “She is all around us. We are surrounded by her. We are of Her. It is in Her that we live. Without Her this world would not and could not exist.”

Said the first: “Well I don’t see Her, so it is only logical that She doesn’t exist.”

To which the second replied, “Sometimes, when you’re in silence and you focus and you really listen, you can perceive Her presence, and you can hear Her loving voice, calling down from above.” 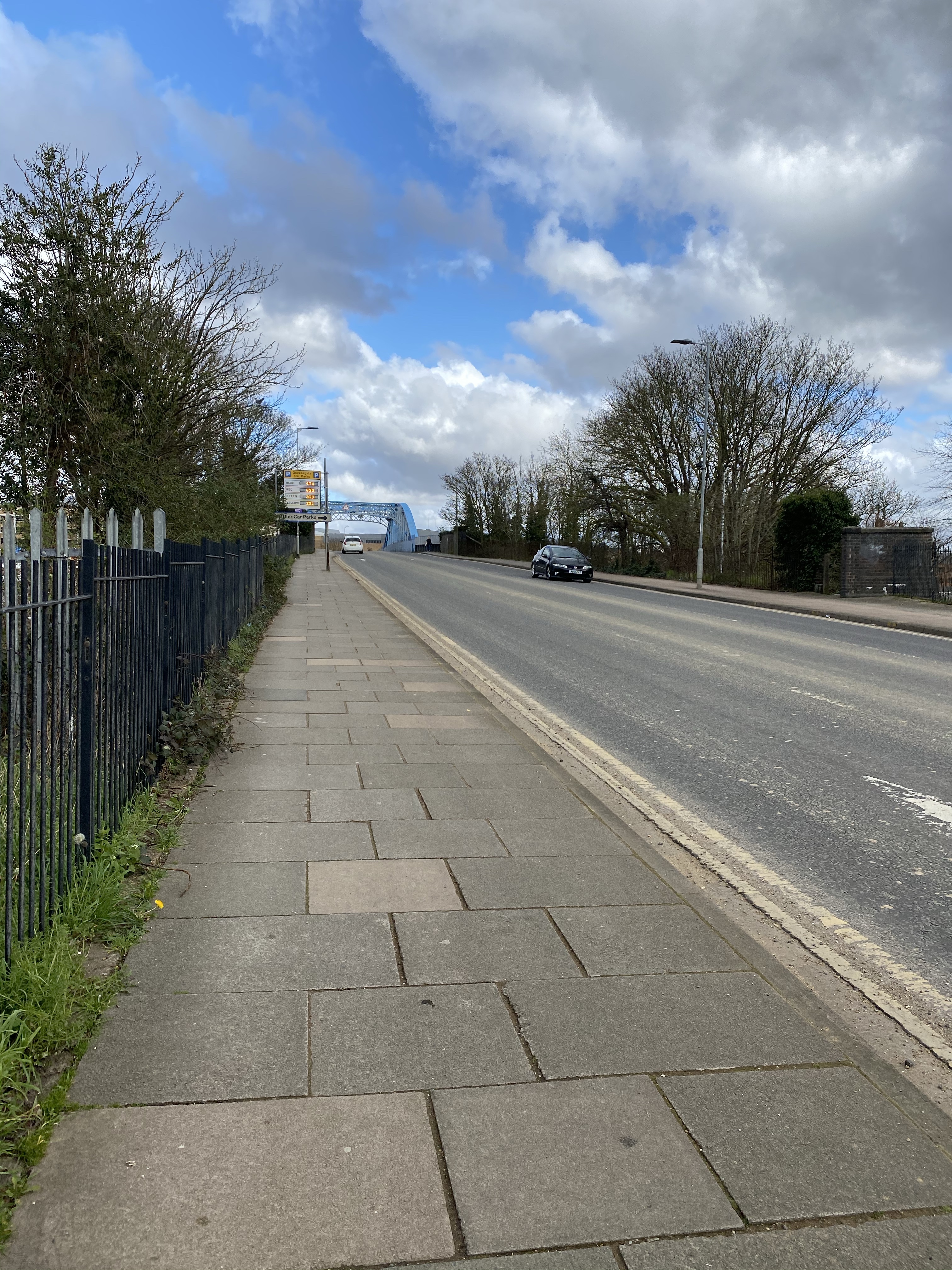 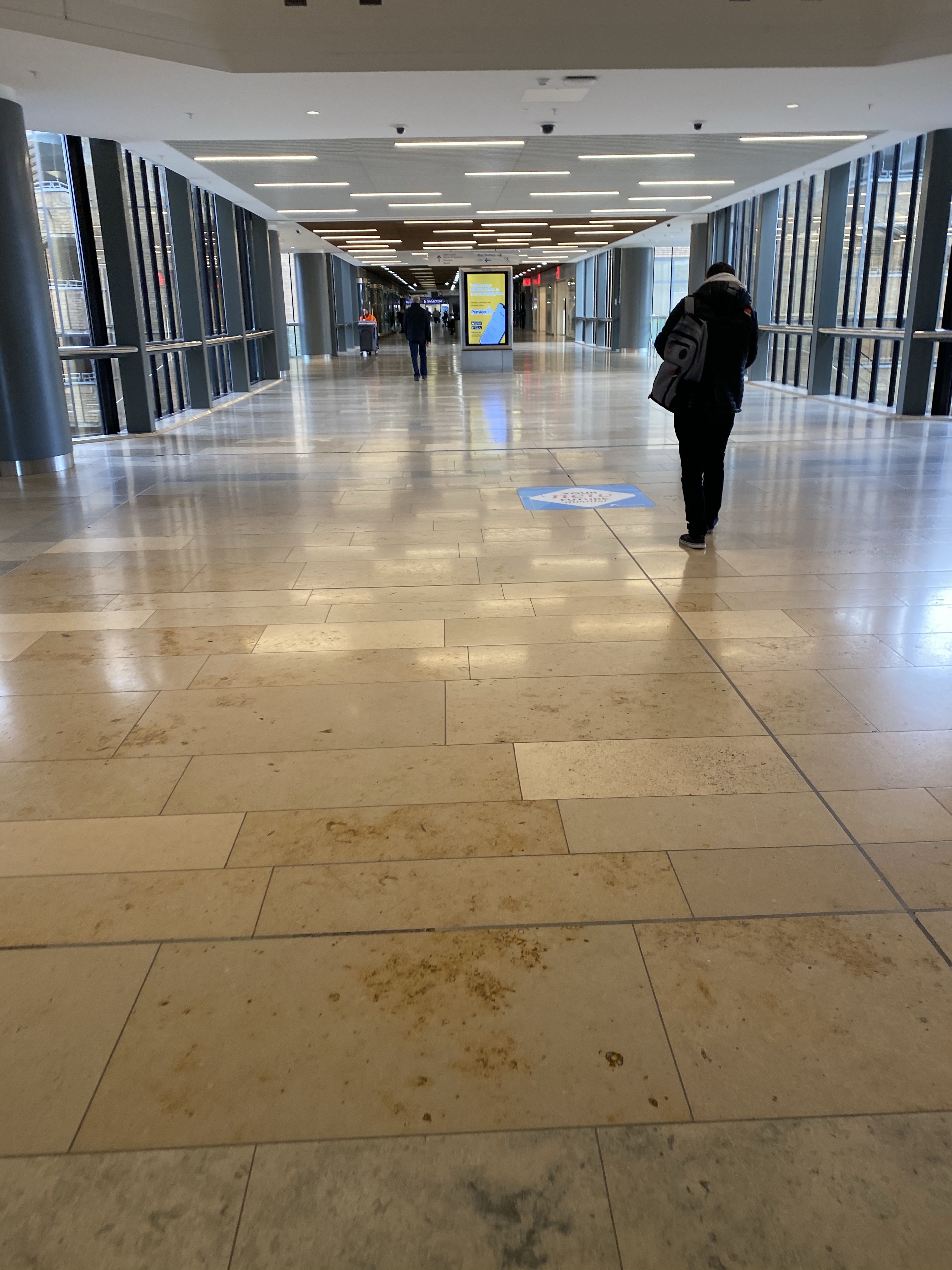 After being cooped up indoors (alone) for almost a week (not self-isolating because of covid19 I should say), I decided to venture out for some fresh air and some supplies and alas, everywhere (shopping malls, streets, roads, etc.) was more or less deserted!

The skies were very noticeably beautifully blue. It was so eerily quiet & felt surreal. It made me reflect on some of the stories I have read in the Quran and brought it home for me as to how small and powerless we humans are.

These are times for reflection and going deep, for resetting, for loving and helping those who require support in anyway we can; in other words, doing God’s work.

Today is Mother’s Day, we are all advised to stay indoors which would probably mean those whose children have flown the nest, will not get to physically spend time with them. You can connect virtually though (or break put the family albums and videos) not the same but remember, these are unprecedented times so we’ve got to innovate and do things in unprecedented ways.

Happy Mother’s Day all. Stay safe and be kind & helpful. Wishing you much love and comfort during these unprecedented times. 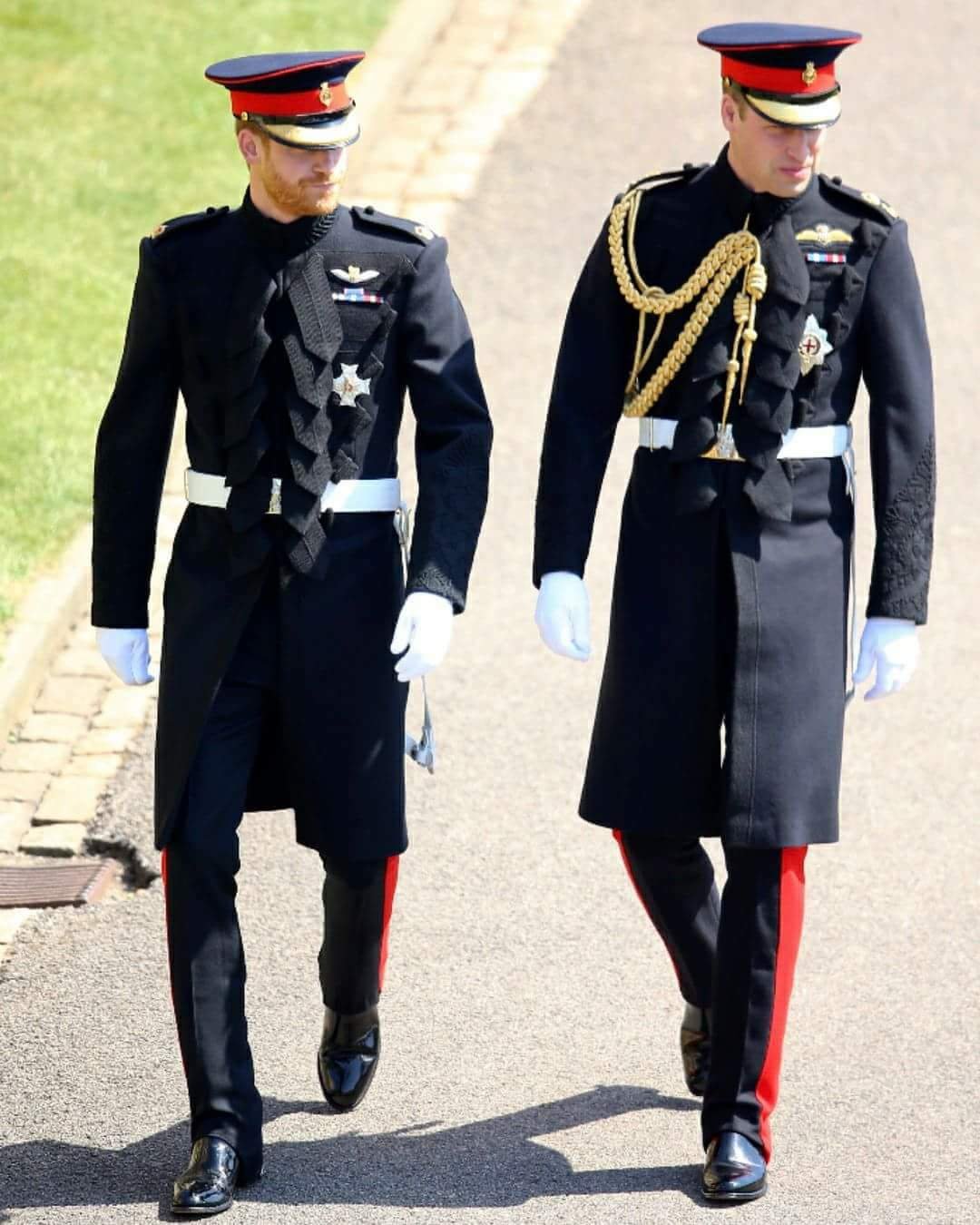 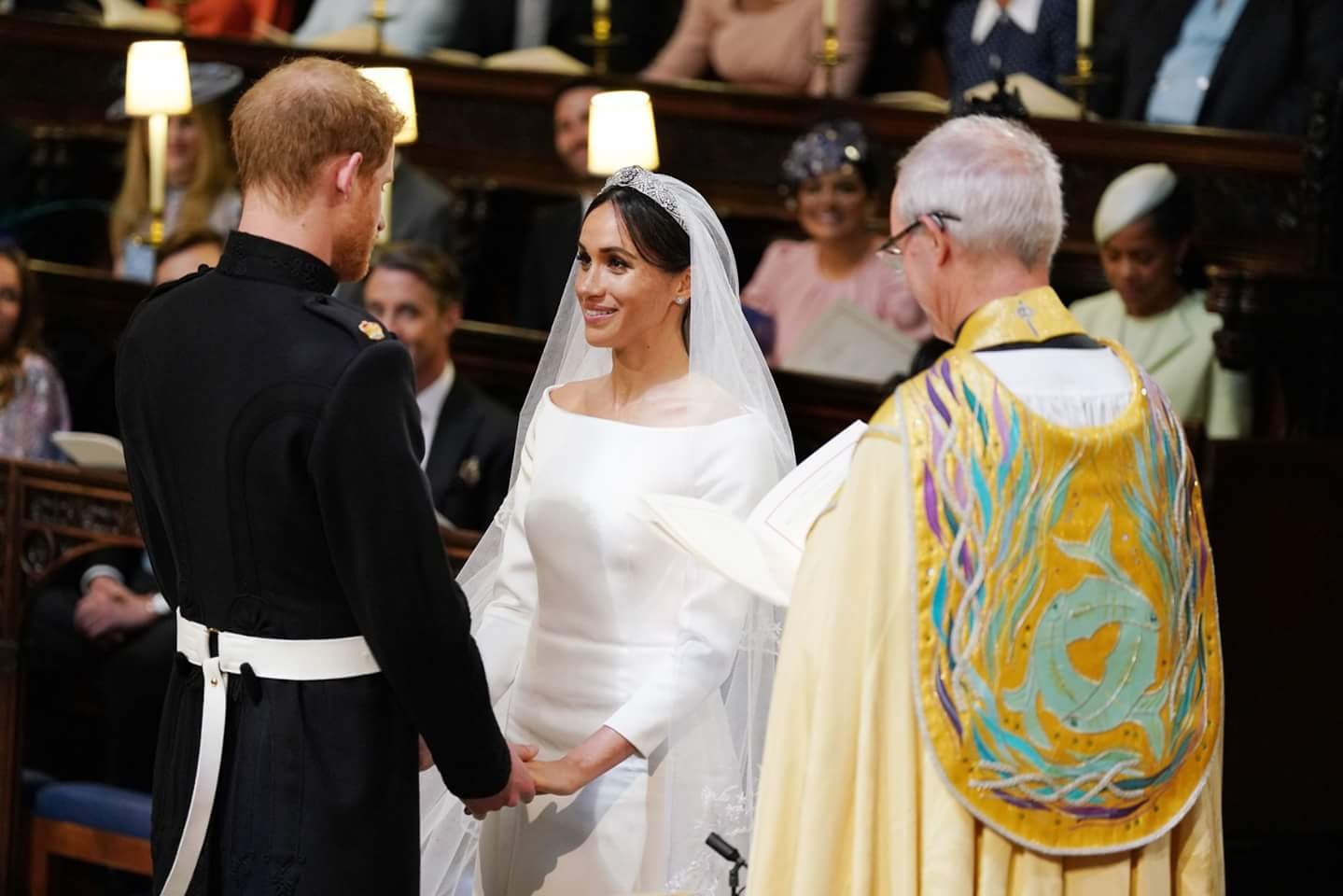 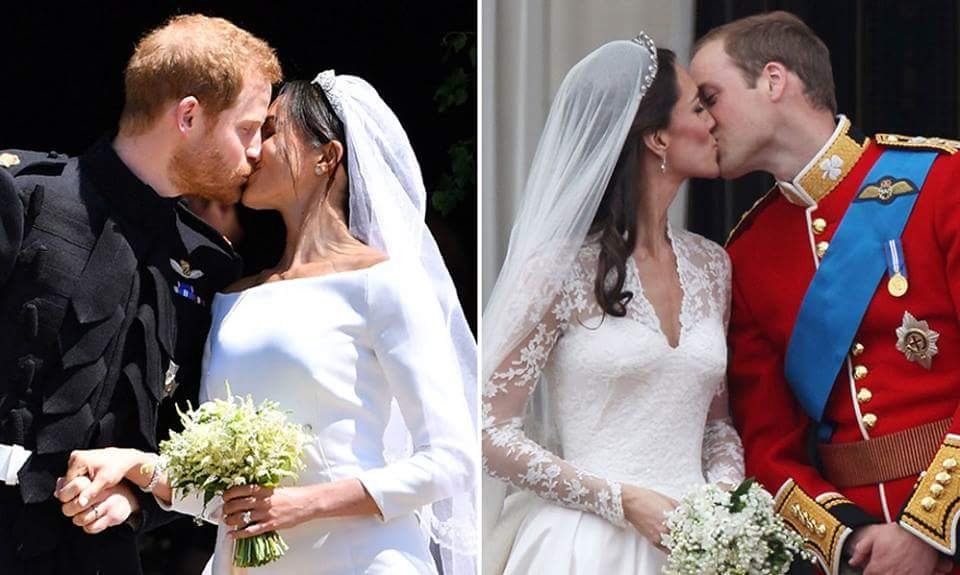 April 11, 2011 – Prince William married Kate – I had been working outside UK for almost a year. I clearly remember being at work in The Gambia and my Country Director (an Irish lady) & I, organising for a wide screen TV to be put in the meeting room so all those interested could watch the broadcast.

About 3 years after the wedding; in 2014 I returned back home to take up employment in the UK.

May 19, 2018 – Can you believe that today, when Princess Diana’s baby ties the knot with Megan; I am once again out of the UK on an official trip; and guess where at – The Gambia again!

Once again, missing all the ambience of the royal wedding that permeates the air in UK …. so not chuffed about that!

Harry is my favourite of Diana’s boys; mischievous & down to earth, with no airs about him… he sure does have Diana’s kind heart; & of course Megan one of my favourie Suits characters… a union between two of my favourite people … how fantastic. Wishing them both a long-lasting, blissfully happy union.

I have a front row seat to Harry & Meghan’s wedding via BBC World News in my hotel room ….

I trust Diana would be looking down on her boys today & smiling. She did a good job giving them a foundation that makes them well grounded men today… her legacy lives on in them. Continue to rest in peace Princess Diana.

Been @ a crossroad since 2014! Trying to decide which direction to branch to ….

With a busy work schedule & a mortgage to pay; so difficult to take the time required to assess all options …

Needs must though; gonna have to make a decision sooner rather than later …

After a week of this & being cooped indoors … 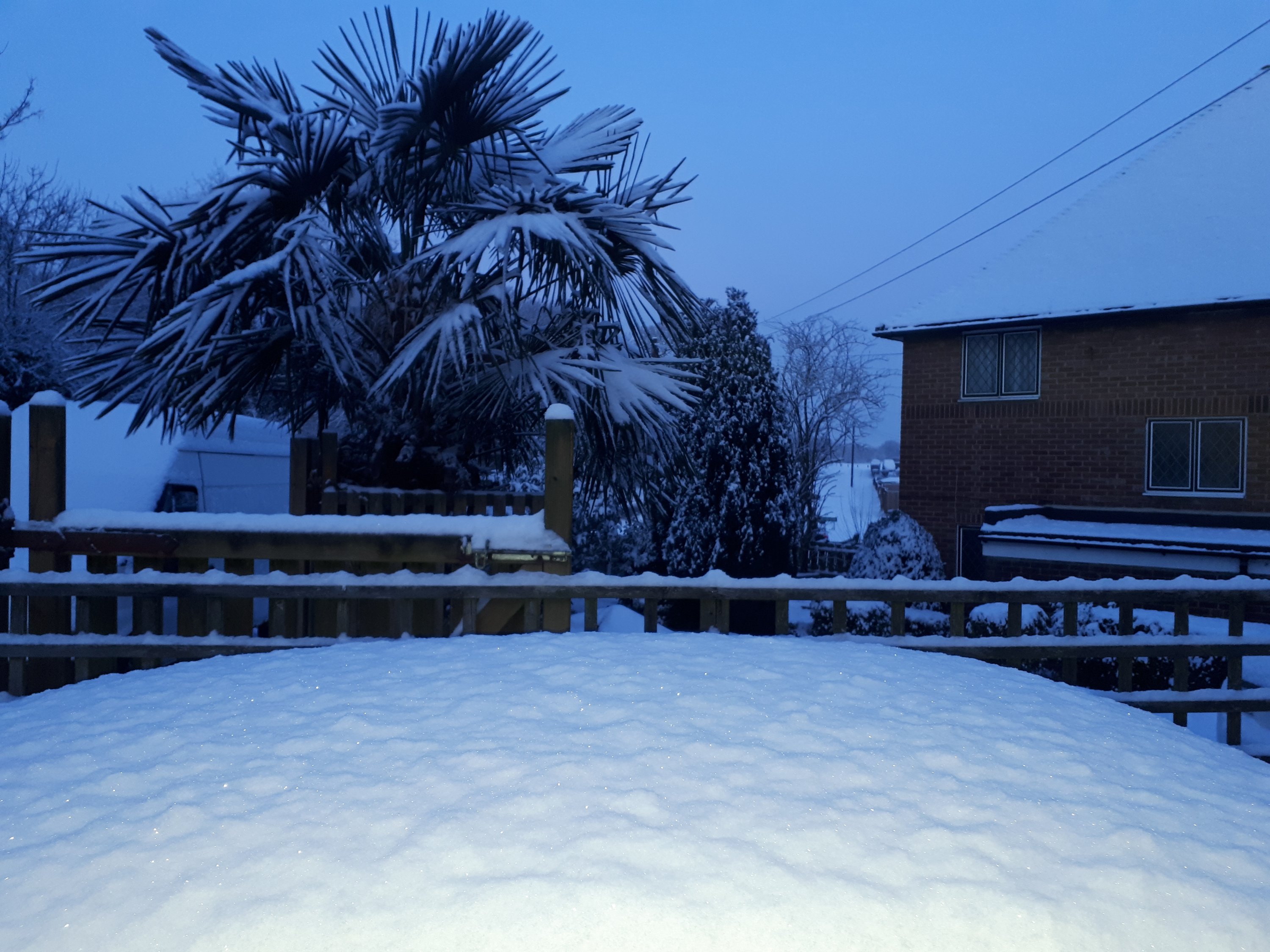 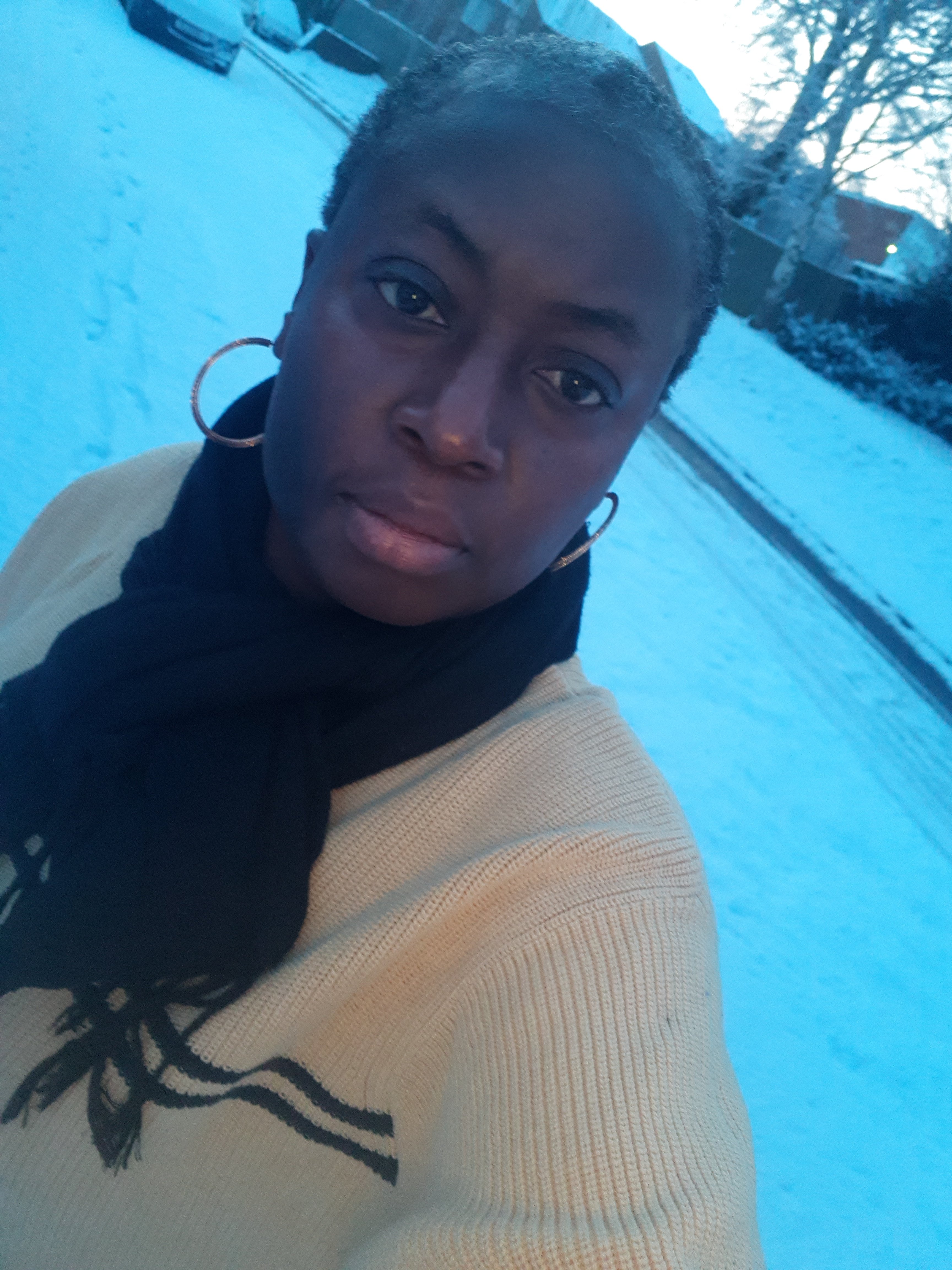 Isn’t this just so typical of the British weather . . & out of this world beauty just a few days apart.. 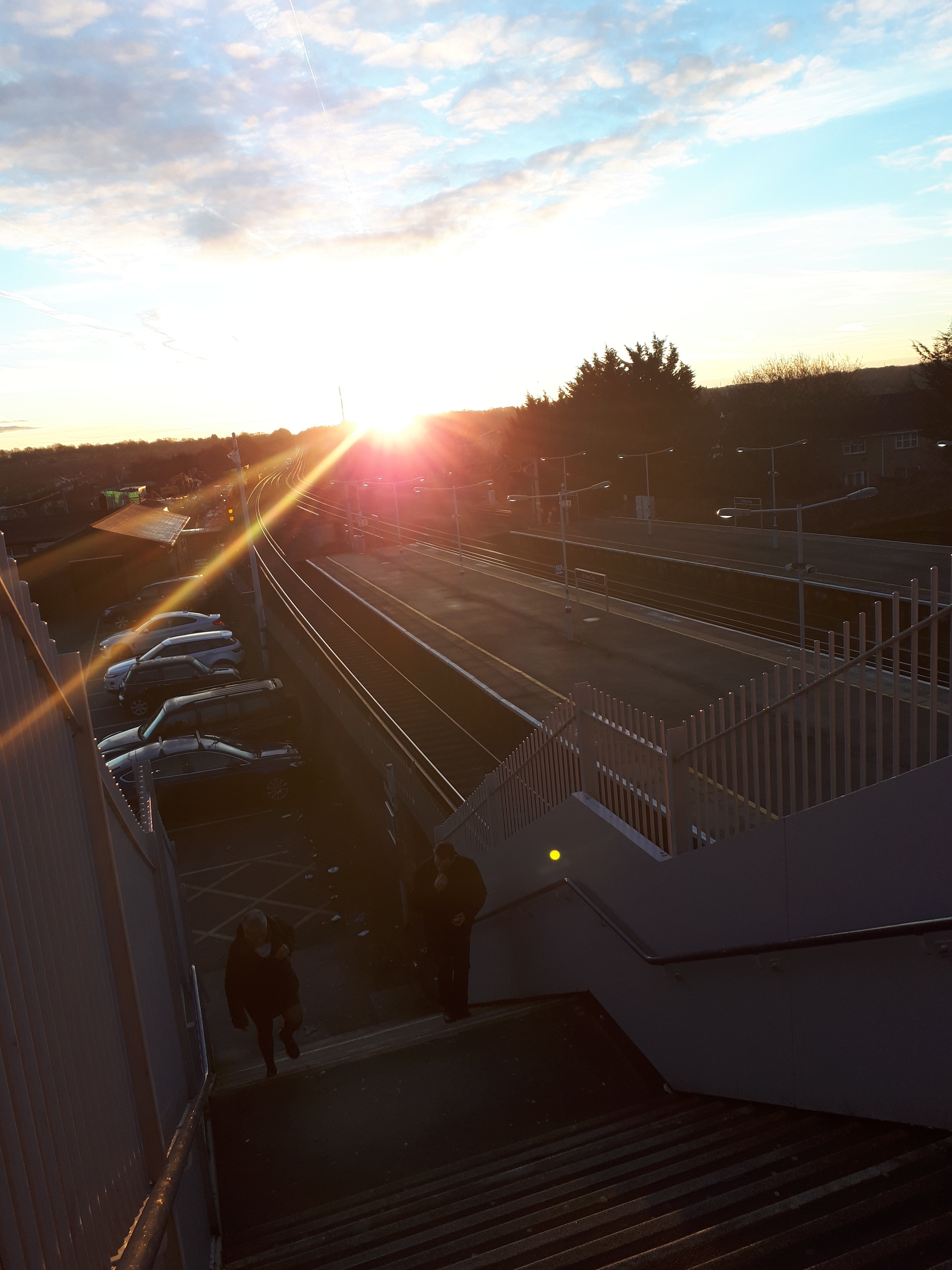 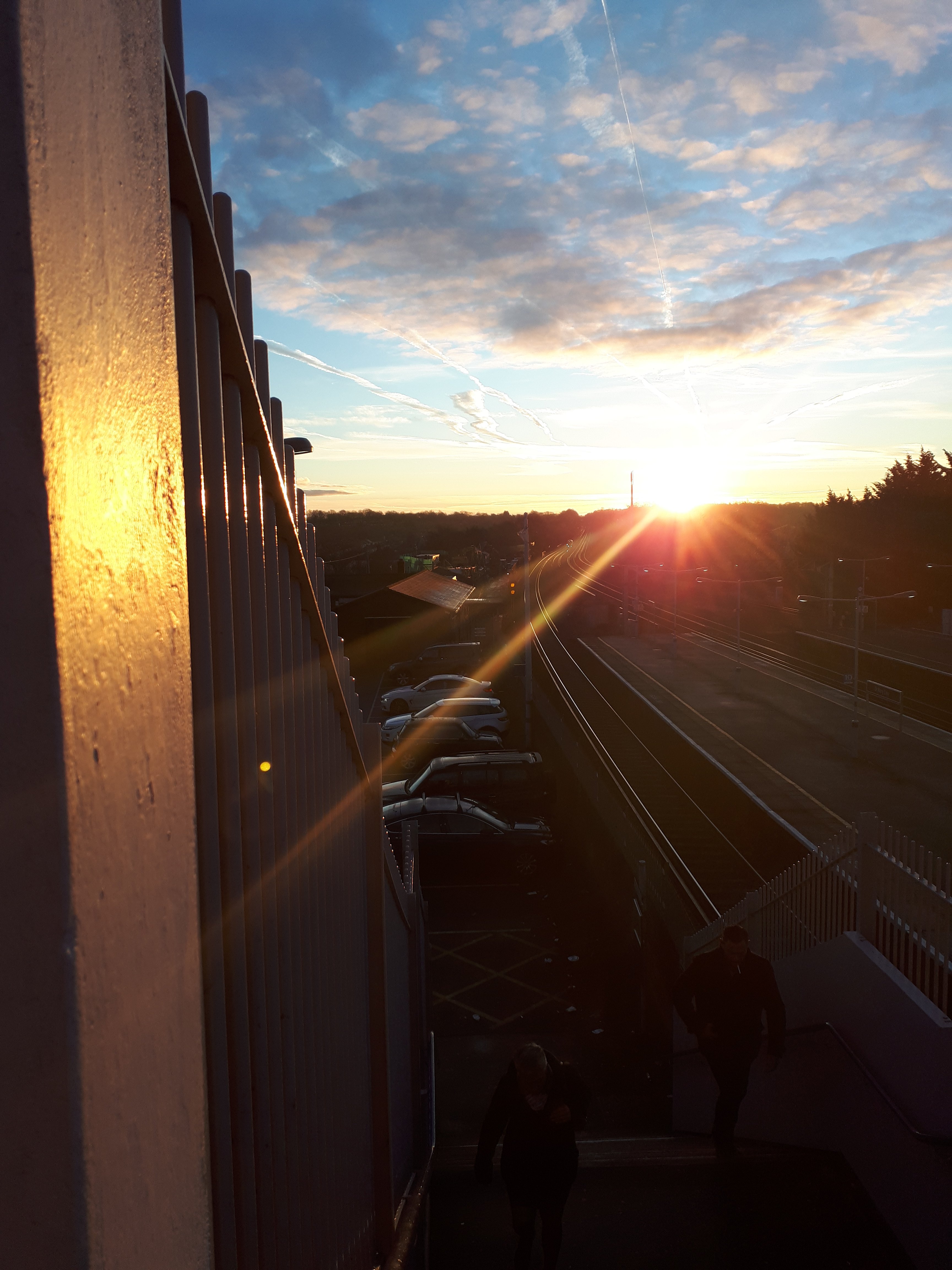 The bright skies does lift one’s spirit & gets you going; even if still cold …

Three Billboards … Sad, funny, racist? Is anyone else like me who; what was the purpose of that last car ride; thought it might end with them discovering the was a tuslly the